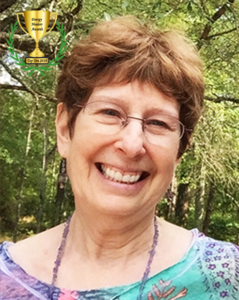 Susan began doing her distance healing part time professionally on April 29th, 1998. In 2002 Susan decided to work full time as an energy healer and has worked with several thousand people and their animals throughout the world. As a naturally gifted intuitive healer and holistic counselor, Susan provides whatever is needed for each individual.

1. I combine my Sound Healing with my own version of combined Emotional Freedom Technique work/EmoTrance work, which has evolved over a long time. People find this work incredibly enlightening, freeing, and fun!

2. I have been doing Animal Healing with dogs, cats, horses, birds, zoo animals, turtles, ferrets, iguanas, snakes, etc. since 1986, professionally since 1998. The healing often addresses both the animal’s physical dis-ease and any underlying mental/emotional/spiritual issues.

3.Susan also does Space Clearing she clears previous locations, trauma, and items of negative energy still impacting the people and animals: cars that were totaled, homes that burned down, places/rooms where people were abused, places where they were injured, flood and hurricane damage, war experiences, etc. Where you may have been carrying stuck pain and tension in your bodies, possibly for years, from previous circumstances, the emotional charge is gone, and the pain, tension, dis-ease is often released… PTSD gone!