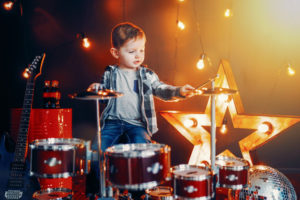 “I want to play the drums,” said my son when he was around three.

This led to us buying him a set of children’s drums to play so he could have a go and see how it went. The first set was a little flimsy and he broke through the big drum at the back on his second try so we upped our game and bought a bigger drum kit.

This one served him well and he bashed away at it until he was old enough to start drum lessons. Then he gained a drum teacher and some, thankfully, electronic drums with adjustable volume control. He was now really learning to play the drums.

Except something changed. Instead of that bold, playful, creative impulse to make a noise in time with music he had a scheduled lesson and parents that kept badgering him to practice. Rather than a joyful pursuit done for its own sake or to express what he was feeling, it became a chore.

After many months of arguing with him over how much drum practice he was doing and whether it was worth paying for him to have lessons I took a different tack. I was inspired by watching Tim Minchin in “Upright” and the way he talked to a child who loved to play the piano.

I can’t say this instantly removed all antagonism over drum practice but it did shift my perspective and his a little. It also helped me to realise what the lessons and skill development are actually for. Playing music is a form of self-expression, a creative act where we merge our skills with what we want to express about our unique selves through the medium of music.

We can do this to some extent with no training or skill development but there comes a time when our limited abilities hamper our desire to express what we have to offer. Our hearts are busy composing symphonies while our hands are picking out Chopsticks on the piano. That is where we need lessons, guidance, deliberate development of our skills, while never forgetting that this is play and to be approached in that spirit.

This is true in any creative endeavour and I don’t limit the expression of creativity to the obviously creative disciplines of art, drama and music. Creativity is available to us in all areas of life, whether that is building a house, developing a business, designing an IT system or resolving a family dispute. These are times when we are called upon to use our specific skills and perspective to apply what we have learned in the creative act of making things better than they were.

Engaging in creativity in whatever form that takes for us; whether choreographing a dance, deciding a good running route, making a meal or mapping out an experiment to understand something more clearly, is an act of self-expression. The decisions we make are born out of every moment we have lived to that moment and everything we are in that moment. Creativity ask us to be utterly present to what we are doing while also letting go of our egos to play and discover.

This for me is happiness. It is a dance with creativity, a giving over of the lead in my life to that force which is love in action. It is bringing everything I have to the pursuit of a new creation and it is the work I do to enhance my skills so that I can express myself more fully every time I play. 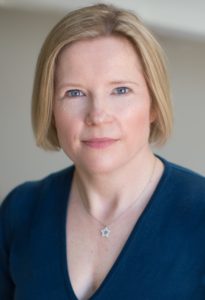 Esther Wane is an author and creative coach and is based in Hertfordshire. She is also an award-winning audiobook narrator with over 120 titles to her credit, including Enid Blyton’s Secret Seven Series, Thomas Hardy’s “Tess of the D’Urbervilles” and Sarah Vaughan’s “Anatomy of a Scandal” and she gave here first TEDx talk on November 16th at Royal Central School of Speech and Drama (RCSSD) which was about creativity and its transformational powers.